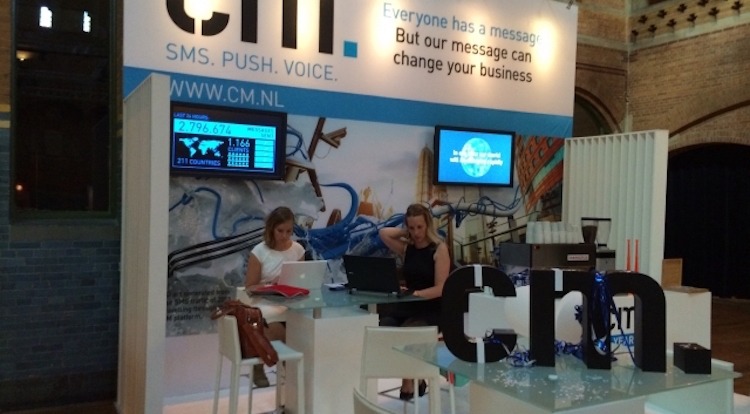 CEO of OneSixty Mobile, Sjors de Wildt: “In the last seven years OneSixty Mobile has developed more than 75 mobile apps for customers like Coca Cola Enterprises, SEAT, Panasonic, Sony Music, De Kuyper and various dance festivals. Therefore OneSixty Mobile has proven to be a prominent player in the Dutch market. OneSixty Mobile opened an office for app development in London where they serve customers such as the BBC and Pol Roger Champagne. Over the last several years, the local demand for apps has grown immensely. In order to make the next step in the UK and at home in the Netherlands, collaboration with a company like CM is a logical decision.”

CEO of CM, Jeroen van Glabbeek about the acquisition: “CM sends almost 3 million SMS text messages on a daily basis. Today, the world of mobile messaging is broader than SMS text messaging. Since the launch of the CM’s app toolkit Appdominal earlier this year, CM has added push notification messaging capability for her clients. More and more app developers integrate the Appdominal SDK in their apps. With this acquisition, CM adds five app experts to their in-house expertise. In addition, England is the third largest market for CM after the Netherlands and Belgium. We felt the need to open an office in London for some time now. By taking this step, we’ve taken a large step towards filling that need.”