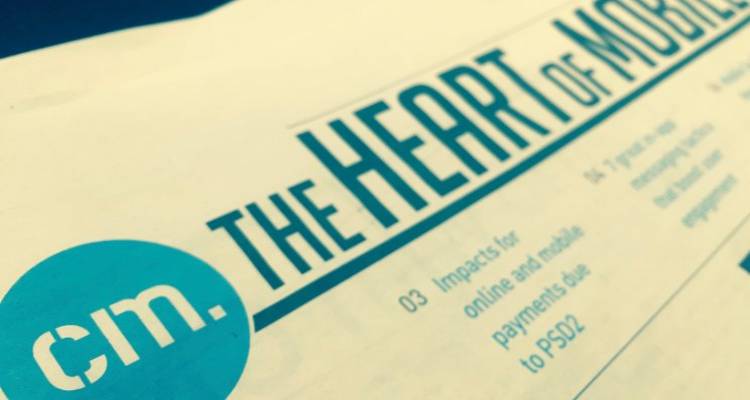 In 2016, we at CM have invested daily in and worked on the security and convenience of our products that allow companies worldwide to communicate with their customers and to transact with them. Nearly one hundred developers at CM ensure that mobile messages and transactions are processed in a secure and speedy manner. We will also continue this in 2017. But let us first look back at the past year: 2016

In 2016, CM hired a lot of new developers to whom it wanted to offer a good and fun workplace. That is why we bought the premises next to the current head office at Konijnenberg 30 in Breda. In January, the first CM colleagues started work in the new building, where Ferroli used to be based. There are 80 colleagues who are now working there. We have also expanded the car parking. This can now accommodate 100 vehicles.

We did not only employ more and more colleagues in the Netherlands. After opening offices in Paris, London and Frankfurt, we announced in February that we were expanding into Hong Kong and South Africa in order to absorb the increasing demand locally for our services and to support our existing customers in their success there with local people. We now employ 10 people in the new CM offices in Africa and Asia. In 2016, the number of colleagues increased from 170 to 220.

We also worked a lot on our mobile platform in 2016. Thus, we arranged completely new environments on the platform for messaging, voice and payments, in order to make the services more stable, secure and convenient. We launched the AutoCollect product with CM Payments, with which companies, governments, sports clubs and organisations can easily collect money. This way football club NAC Breda already saved considerable time by automating the collections with AutoCollect.

De Nederlandsche Bank (DNB) has granted the payment branch of CM, CM Payments, a license for the provision of payment services. Due to this, CM Payments operates under the supervision of the DNB, which allows us to facilitate payments at European level. In 2016, CM also processed the first in-car parking payments via Direct Carrier Billing for a division of BMW.

Annually, our Mobile Convention attracts hundreds of visitors to the events in Amsterdam, London and Paris. There seems to be a growing demand for our inspiring speakers and sessions. To meet this demand, we transformed Mobile Convention into MoCo, which still organises events, but also publishes lots of videos, with speakers from among others KLM, Lufthansa and Domino’s Pizza, that have been previously recorded at our studio in Brussels. Every week a new video with high-profile individuals from the global technology industry is posted on YouTube. The videos are viewed by thousands of people on a monthly basis. In November this year, one hundred people visited the first MoCo event outside Europe in Cape Town, South Africa.

CM did not only enjoy an increase in the number of employees. We also enjoyed an increase in the number of services. So, in April we announced that we were acquiring the ticketing company Ticketflow which meant that we were returning to where it all started for CM: in the festival world. With our payments proposition with CM Payments we see a great way of bundling all our technology and putting an innovating product at an interesting price on the festival market, in the form of ticketing and on-site payments. This year, the equestrian event Outdoor Brabant professionalised the accreditation system with Ticketflow en the QR code. CM Payments processed the transactions of the ticket sales for Outdoor Brabant, a great synergy between our services. Push and text messages

In addition, we bought the app developer Service2Media and the CERTA Push platform, that can send millions of push messages per second, such as for the NOS and Ajax. With the acquisition, we can perfect more forms of mobile communications faster, such as for Hybrid Messaging, which intelligently combines text messaging and push messaging.

For meal delivery service Thuisbezorgd.nl (Takeaway.com) we developed a click-to-call solution this year, making outbound phone calls to customers not only faster, but also cheaper, by using our SIP Trunking solution, which establishes voice connections over the internet. According to Takeaway.com this not only delivers a lot more convenience, but also a saving of more than 40% on phone costs.

In December, the Dutch Payments Association and the Dutch banks announced that the iDEAL QR app would be made available to everyone. The iDEAL QR app was developed by CM Groep, commissioned by the Dutch Payments Association. Consumers can scan a QR code with their smartphone or tablet to establish a secure mobile iDEAL payment. This way we make the retyping of invoices superfluous, you can easily pay at petrol stations, just like when ordering and watching series and movies with interactive television.

Each year radio station 3FM raises millions for charity with the annually recurring action 3FM Serious Request and the Glass House. The action always takes place just before Christmas, and this year again will be held on the Grote Markt in Breda. With football club NAC Breda, we devised a fun auction to raise money. On January 20, CM Payments will not be the main sponsor on the shirts of the NAC players, but Kasparov from Breda. The financial intermediary won the auction by making a bid of 17,000 Euros, a great amount for 3FM Serious Request.More than ever, our 20,000 customers could use different services such as messaging, payments, ticketing and voice solution, all from a single platform, worldwide, 24/7.

CM again enjoyed strong growth in 2016. We now work with 220 colleagues, who represent more than 25 nationalities and speak around 30 languages. All in all, 2016 was a multifaceted and interesting year in which we have made our customers even more successful by offering powerful, mobile services in a simple environment.