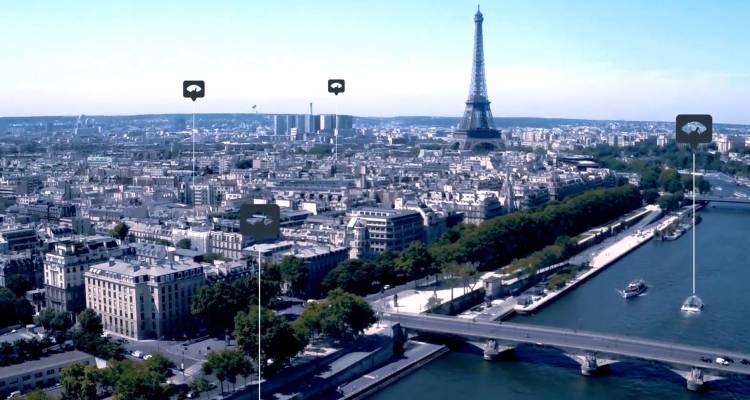 People also benefited from the accessible text message in worldwide projects which were started in 2017. From Paris, France to Lilongwe, Malawi to Antwerp, Belgium, companies are devising intelligent solutions with text and push messages in collaboration with CM.com to make processes more efficient and powerful.

These were the most talked-about client cases in 2017:

Industrial giant Atlas Copco made sure that 100,000 compressors all over the world can communicate by push and text messages by developing the IoT platform SMARTLINK. SMARTLINK is connected to the CM platform so that their compressors can share their status by means of the Hybrid Messaging solution with smartphones on which the CM app Notifire is installed.

Mobile questionnaire about the macadamia harvest

CM.com works with Sympany in Malawi to improve the macadamia harvests by means of mobile questionnaires. CM.com developed a questionnaire app into which macadamia farmers in Malawi could enter data. If the analysis of the data shows that changes are needed in order to improve the harvest, the message can be quickly shared with the farmers themselves. The ultimate aim of the project is to train 3,000 farmers to cultivate 300,000 adult macadamia trees.

Popchef updates its customers about their order

Popchef is an app with which Parisians can order a high-quality lunch with ease. The company had previously raised 2.2 million euros to fund growth. It sends thousands of text messages every day via CM’s Text API in order to inform its customers about their order. This is how Popchef updates its clients in real time, which is currently an indispensable feature according to the Popchef staff.

Rapid increase in users of the loyalty programme

EFR, the company behind the management of many petrol stations, recently switched loyalty programmes from Rocks to Stars. EFR felt that it was time for a new programme based on the new technologies that are available. The company looked for ways to get existing customers to migrate as well as attracting as many new users as possible. The outcome of EFR’s search was CM, which made use of a SMS shortcode. EFR promoted the shortcode, which both existing and new customers used to download the app from Texaco Stars. One text message to a number was enough. A text message back to the person who had used the shortcode 3669 included a link to the app store. Even though the campaign has ended, hundreds of people still use the shortcode every week to become a member of the Texaco Stars programme.