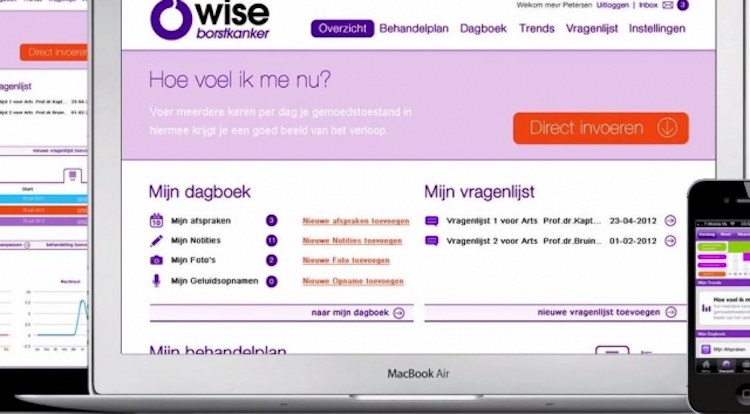 The Mobiles for Good Challenge is an initiative of Vodafone and rewards and supports young companies that bring out innovative mobile applications solving specific problems.

Previously, the app Owise was already granted a CE mark, a mark that says products are made following European laws. Owise was developed by OneSixty and launched late April 2013. One year later, more than 1,000 people use the supporting app. An independent pilot study conducted by the University Medical Center, showed that 90% of both patients and nurses and attending physicians recommend OWise to other breast cancer patients. Last year, PX Healthcare won the final of the first European Digital Health Master Challenge.

OWise with breast cancer (www.owise.nl), the first mobile app developed by Px Healthcare, the company has shown that a smartphone app with tailor-made ​​support for patients on well with the target audience while also providing new insights clinicians and scientists. The use of the OWise technology to other forms of cancer is the next step for Px Healthcare.

"We are delighted with winning the Vodafone Mobiles for Good Challenge," says Dr. Anne Bruinvels, founder of Px Healthcare. "This gives us and extra drive to keep doing what we do. With support from partners such as Vodafone we see a tremendous amount of opportunities to unroll OWise internationally.

‘Demand from people with lung cancer'

Both the patients and medical professionals indicate there is a strong demand for an OWise application for lung cancer patients. After diagnosis, patients and their partners a great need for a mobile solution that can support the patient and provides insight into the treatment.