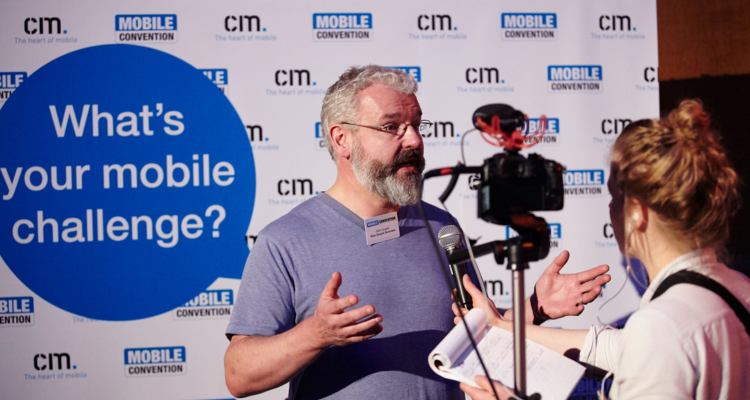 The above are answers to the main question at Mobile Convention London (MCL) “What’s your biggest mobile challenge?” As moderator and speaker Paul Berney stated at MCL: “We exist in state of constant connectedness.” Through their smartphones, people are always connected to everyone, Mr. Berney says. The state of connectedness is however roughly shattered by borders.

A mobile challenge for many smartphone users is their data plan. Data plans have become the gold mine for mobile carriers. Once you cross a single border into a neighbouring country, your data plan is useless and the constant connectedness fades. Back to voice calls and text messages. “I just spend so much money on the data plan”, says an MCL visitor being asked what his biggest mobile challenge is. His biggest challenge is therefore coping with the bills that come with the extensive data user.

Get in the back, technology

Clara Gaggero Westaway urges technology to have a seat in the back. “Technology should be working in the background, rather than bombarding you with notifications”, she says. Koen Gerretsen challenge to look for a smartphone that doesn’t need ‘this ugly case around it’ as protection. Mr. Gerretsen’s colleague at Dare to DIFR Jerry Lieveld struggles with the (the lack of) battery life of his mobile phone. “That is always a problem”, he states. “Just like the limited data access when you’re abroad.”

Sync 'em all up

Fatema Hamdani tries to cope owning three mobile phones: One from the US, one from the UK and of course her personal mobile phone. “I have to carry three phones. That’s my personal mobile challenge. And then I have my WhatsApp on different phones and I can’t sync them all up. I want it seamlessly working, the same thing as my Facebook.”

What is your biggest Mobile Challenge? Reply in the comments!