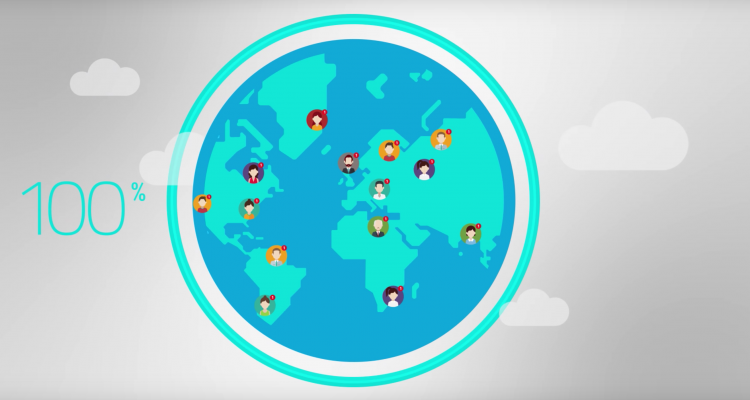 According to Arnold Wilts, programme manager at CM Enschede, a company specialising in push messages using the CERTA platform, many media companies use push messages because it is the tool of choice for the quick distribution of news. “The best use of it is for urgent news. Push messages have become indispensable for news distribution companies who want to reach their end users. It is very fast, reliable and cheaper than text messages. The CERTA platform has a capacity of one million notifications per minute and continues to grow. And the speed of the platform also continues to improve. This makes it possible to send urgent news directly to a very large number of people.”

According to Wilts, this capacity is by no means an excuse to spam end users with push messages. Relevance and the proper context are still decisive. If you do not adhere to the unwritten rules when sending push messages, your app will be silenced – or much worse – deleted from the user’s device. “In relation to text messages, push messages have both advantages and disadvantages”, Arnold Wilts explains. “Spamming lies in wait with push messaging, in particular because it’s cheap and very fast. If a user turns off an app’s push option just once, they won’t quickly turn it back on. Retention quickly drops off.”

Retention in particular is considered indispensable within the appconomy. After all, your app is your product and you need it to be used. But how do you attract the attention of your user? Exactly, by using the push message. “For instance, the people at VakantieVeilingen who created their holiday auction app completely understand this”, said Wilts. “They're very savvy - they send push messages to their end users only when it’s relevant, such as winning or losing an auction. They then immediately push a new auction that the user can take part in. The app users feel as if the app really knows them and wants to know more about them. In combination with the game element, the people at VakantieVeilingen are very successful in terms of app retention.”

Push message functionality is quite flat, so the content has to be extremely relevant. “To justify the sending of a push message, companies and organisations that use them must be highly critical in assessing the content of each message: Is it relevant, timely and important enough? All of these questions must be answered in the affirmative. If even one question is answered in the negative, you should consider not sending the message”, advises Wilts. “It’s the simplicity and cheapness of the channel that quickly tempts people into spamming. That's a pity, because users rarely show mercy. App owners must realise that they’re not the only one sending push messages. On average a smartphone will have 50 apps that all have push functionality. If an app owner doesn’t put a lot of thought into the sending of push messages, you can just imagine how many notifications get sent out to an average smartphone.”

The demise of text messages? No!

Even though more and more companies are using push messages to reach their target groups and customers, the success of push messages does not at all mean that text messages are dead. A push notification lacks an important element that prevents companies from giving up on text messages: interaction. A push message is usually one-way traffic: to the device. Sending a message back on the same channel does not happen. Wilts: “Of course, you could include links to an article, donation page or product page. But the interaction that is possible via a text message survey is impossible with push notifications, or you would have to modify the app. In fact, a push message is simply an initiator that triggers an action. And that doesn’t include real interaction.” Text messages have another great advantage: payments. For many years, text messages have been one of the most used mobile payment applications. This is a huge advantage for commercial organisations, which have earned a lot of money this way. Charities and other fundraisers also use text messages to collect money. Such a functionality will not be used with push notifications (in the foreseeable future). And, according to Wilts, the delivery of a push message still requires an internet connection, mobile or otherwise. “You especially don’t want to be dependent on this for pressing matters. For example, you need a one-off password to complete a transaction at your bank. So you don’t want to be stuck without your data bundle just because you happen to be in another country.”

mHealth, everything in one app

Another sector that could make good use of the push message is healthcare. It would be quite simple to switch over from text messages to push messages for appointment reminders at the hospital or with the dentist. Wilts: “Of course, there has to be a strong case for this.” A strong case would be if hospitals, dentists and other care institutions bundled the notifications into a single healthcare app where the organisations are shown as different channels. “Obviously, you would need to incorporate a backup for the business-critical notifications, such as a hybrid model where a text message would be sent automatically in case a push message unexpectedly does not arrive”, said Wilts.

Successor to the throne?

Wilts does not yet see any successor to the push message in the near future. However, he does see a development that can complement it. “The latest development that can perfect push messaging is the addition of beacons. These allow you to send highly targeted messages to smartphones that are in the near vicinity. This is in no way a successor, but it does supplement. And, of course, IoT, the Internet of Things, is also a nice addition: targeted push notifications from devices near you that you have in your home.”