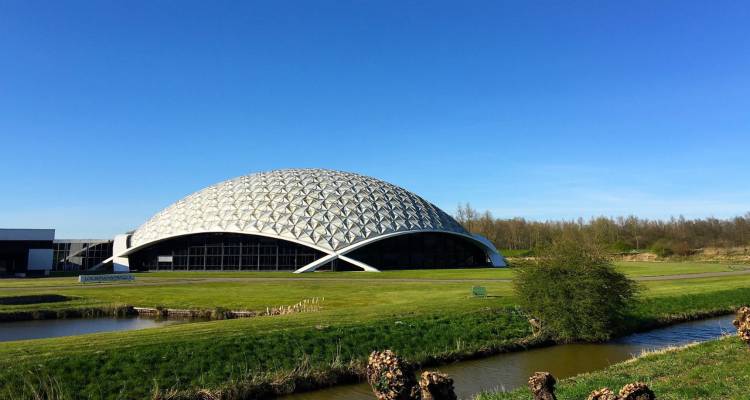 Louwman & Parqui has around 130 companies in the Netherlands that sell Toyota cars or specialise in damage-repair and service for Toyota cars. Next to making customers enthusiastic about the Japanese brand, they also want dealers and the damage & service companies to be informed. Therefore, senior campaign manager John de Wit from Louwman & Parqui came up with an original campaign.

For a campaign around New Year, John de Wit and his team invented a stunt to motivate employees to start 2018 'loud and proud'. "The contact with radio DJ Ruud de Wild was already there," he explains. "So, we came up with the idea to call our employees with a message from Ruud de Wild. Indirectly, we found CM.com, providing companies like ours with software to deliver this kind of voice messages on mobile and fixed telephones."

De Wit had DJ Ruud de Wild leave a message for all the Toyota colleagues. "Toyota is originally a Japanese brand and therefore very modest," De Wit explains. "We wanted to change that somehow. We wanted to carry out that we are a proud brand. To involve the employees in this proposition, we thought it would be nice if a celebrity like Ruud de Wild would call them with exactly that message."

De Wit recorded the message with Ruud de Wild, after which he approached CM.com to send the message via the voice platform to the various dealers and service companies across the Netherlands. A voice message can be quickly uploaded via the app on the CM platform, after which it can be sent directly to the people in the contact list. The voice analytics dashboard immediately gives an overview of the number of calls, the total costs and, for example, the average duration per telephone call.

In order to increase the impact, De Wit sent an SMS via the SMS Gateway from CM.com with the message that everybody would be called at 10 in the morning, and at exactly 10 o'clock 230 telephones from employees started ringing. A follow-up SMS after Ruud de Wild's voice message contained a link to a web page that showed all the information about the upcoming sales campaigns.

De Wit: "I was looking for a nice way to attract the attention of all Toyota dealers. A way to really kick off the campaign! 'The voice' brought the solution. Having Ruud de Wild calling all dealers has attracted the attention. By taking over the conversation personally, the message became clear. The follow-up SMS added to further value. It was a distinctive way to attract attention and deliver the message. In addition, everyone really liked it!"

The power of a phone call is often forgotten

Product Manager Stijn Coppieters guided the campaign on behalf of CM.com: "The campaign from Louwman & Parqui perfectly demonstrates how Voice as a channel comes to justice in a multi-channel marketing campaign. In a world dominated by social media and online marketing, the power of a simple phone call is often forgotten. It is a direct, extremely effective way to reach your target group."

We would like to think along with you about your personalised voice campaign. Feel free to contact us for more information.