Android users or iPhone users who haven’t updated their phone to iOS 10, see hyperlinks in your SMS messages as a clickable link within the text. iOS users who did install the update, no longer see these hyperlinks as a URL. Instead, they are shown a second message containing a preview to the mobile website the URL refers to. Next to the URL, this preview will show an image and an introduction text. This definitely offers some new opportunities for you to lead more customers to your website. However, there are some important things you must keep in mind. Because not every hyperlink you add to an SMS will be shown as a preview to your website. 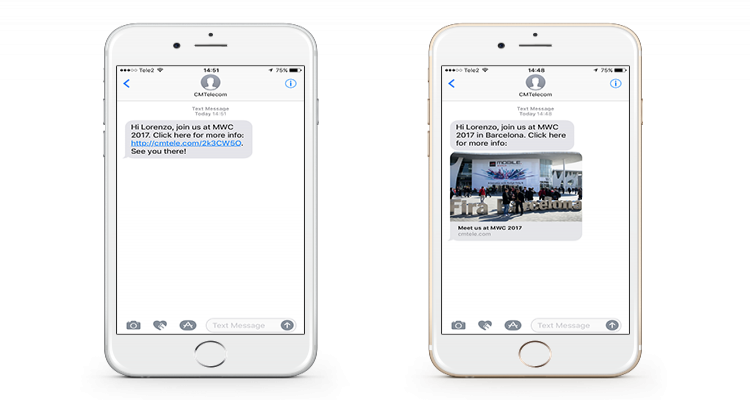 Requirements for a preview

For starters, the URL you add to your message needs to be at the front or at the very end of the text. URL’s that are placed in the middle, or are followed by even just one word will be shown as a clickable hyperlink. Also, your URL has to begin with either https:// or https://. If not, a preview will not be created. The ending of the URL such as .com or .io, however, is not of importance. Are you using the URL shortener in SMS Campaigns? Even then, your mobile landing page will be shown as a preview on iOS 10.

Even though the message -if shown as a preview- is shown as a separate message, the URL is part of the 160-character limit of an SMS. So, that iOS is turning your message into two messages, does not mean your 160-character message will be billed as two messages. Therefore, even if you use this new feature, you can still limit your costs to a minimum.

If your URL is shown as a preview, it will not be visible as such right away. The corresponding image and the introduction text will not be shown until the receiver clicks on ‘tap to load preview’. But what image and introduction text will be shown on the receiver’s phone? If you don’t have an image, iOS will show the Safari favicon next to the introduction text. That’s not what you want, is it? So, you can change this image yourself. If your website has its own favicon, for example your company logo, iOS will generate this in the preview. You can check your favicon here. 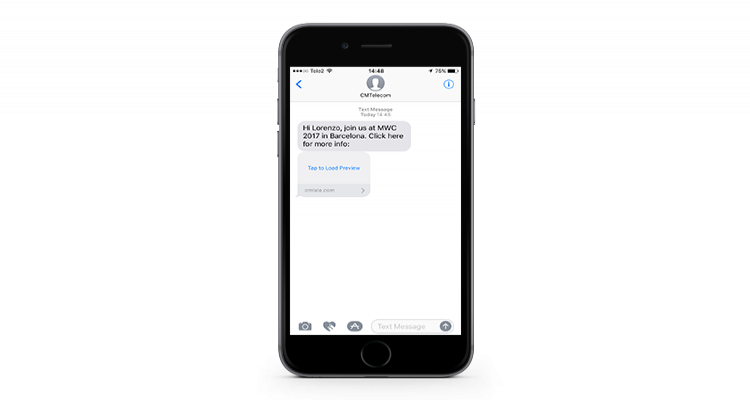 Of course, it would be even better if you, instead of a favicon, you can show an image which gives more information about the URL. You can add this image using the Open Graph Protocol of iOS 10. It is not necessarily so that the image you’ve used on the landing page, is the image that will pop up in the preview. Images are only shown in the preview if they are added according to this protocol. This means the ‘og:image’ of your webpage. Introduction texts are filled in as ‘og:title’. You can easily check if your webpage contains these two fields by filling in your URL here.

If your SMS meets these requirements, you can easily optimise the effectiveness of your SMS marketing. But be aware that your messages will still be sent to other devices than just iOS 10. So make sure you don’t aim solely on this new iOS functionality. Send out messages that are suitable for all receivers, including Android users and iPhone users without the iOS 10 update.

Curious to see what your messages will look like? Try it for yourself.
Was this article interesting?
Share it!
Tags
SMS Marketing Tips