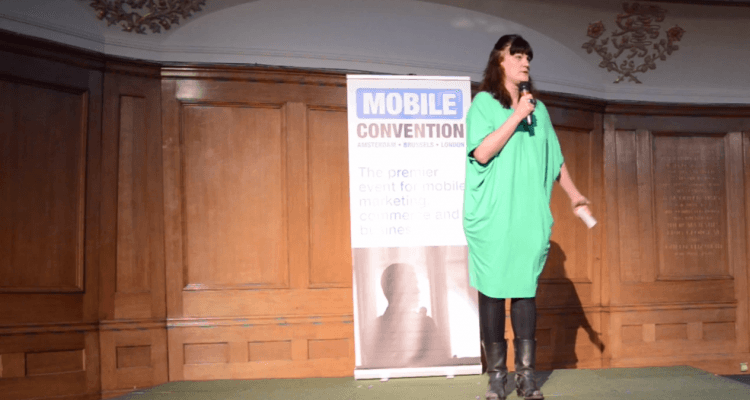 But do we humans benefit from all this technology that connects our home interior and machines to our mobile devices? “Are we getting dumber”, Louise Heinrich asks herself during Mobile Convention London 2015.

“I think we are getting dumber”, Mrs. Heinrich states clearly. “We have a lot of tech gadgets in our houses these days. You are not alone in your house anymore. We’re shifting from fixed to digital, a move from control to collaboration.” Mrs. Heinrich sees technology is more about technology than about humans. And that’s not how it should be. “You’ve got to put people first in order for technology to be successful. Find the value for humans first and monetize that.”

Too many brands failing

Heinrich encourages brands to stop competing and stop demanding. “There are too many brands failing. About 60% of all apps are used only once after which they’re removed and never used again. Be humble. These days we’re doing all kinds of things on line: messaging, dieting. Once in a while we need some breaks from mobile and move to the world that isn’t screen-based. Why don’t we go out and pay to go to a spa!”

Instead of making connected toasters with advertising on the sandwiches, companies and consumers should focus and think of technology as assistive and enabling rather than replacing. “Do not confuse connectivity with control. Our brains are not CPU’s and not about big data.”