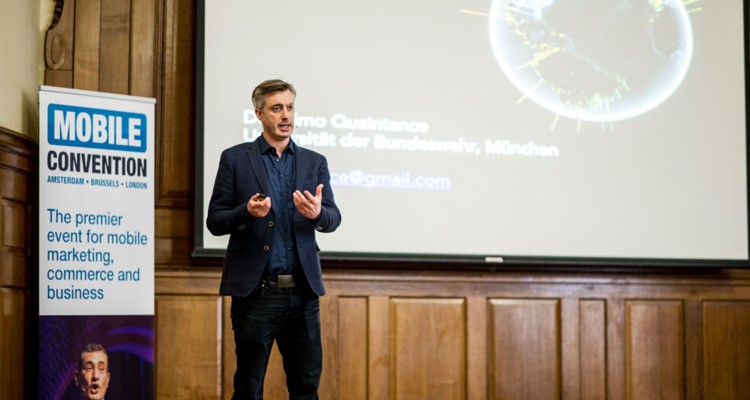 Ninety percent of everything is crap, the wise man Theodore Sturgeon once wrote. That goes for technology as well. For instance: 60% of all apps ever made are used only once and left abandoned or simply completely deleted. That same goes for privacy and security. It should be done right, or the power button will be pushed and we all know that is the most powerful button a mobile device has: it never lies and people will opt-out if marketers do it the wrong way.

Speakers at Mobile Convention London educated their audiences well, speakers heard. As some of the most engaging technologies were presented, the keynotes educated visitors how to properly apply them to get closer to their crowds. It came clear technology is still ever changing the mobile landscape in even more ways than ever before.

Jeremy Abbott, Mobile Evangelist at Google brought to light at Mobile Convention London that the choices we make today will increasingly have effect on tomorrow. “The choices nowadays always differ, the effects will be bigger”, Mr. Abbott states. “Today 3 billion people are connected. For a lot of people, the first experience in getting connected will be on a mobile device. Because we are social, new technology that offers other ways of social engagement, will be adopted widely and faster than we’ve seen so far.”

That’s why Louisa Heinrich urges developers and brands to lay their focus on observing what people do with products rather than to build things that are simply possible because technology is ready for it. The ‘people first’ strategy has been rolled out before, but brands aren’t listening close enough, Mrs. Heinrich tells her audience. Finding value for the human and monetise that, she says. Put people first in order for technology to be successful.

“Mobile Convention London is about trust, privacy and people reacting to mobile in the future, about humans and their interaction rather than technology”, says, Jeroen van Glabbeek, CEO of mobile service provider CM Telecom. “At this moment there are two separate worlds”, he continues. “There’s the old-world companies that still earn money with selling stuff for instance like a grocer and it works for them, it’s very profitable. The other half wants to do business in engagement and get involved with brands. These two worlds we want to combine.” Van Glabbeek thinks trust will be leading to which extend new technologies and organisations are successful. “Privacy is important, but I think people will adopt faster when you immediately provide them trust.”

Mr. Quaintance explains meaningful steps in the customer journey and how trust influences the rate of success within apps and technology. Trust must be simplified, Mr. Quaintance knows. “Trust issues prevent technology to be adopted. We must simplify it. Look at Facebook. Why should we hand over all these kind of data and give up privacy just to be able to use Facebook?”

Unfortunately still 90% of everything will still be crud, now and in the near future. That separates the wheat from the chaff. And maybe that’s a good thing as we learn from our own mistakes and the ones other people make.