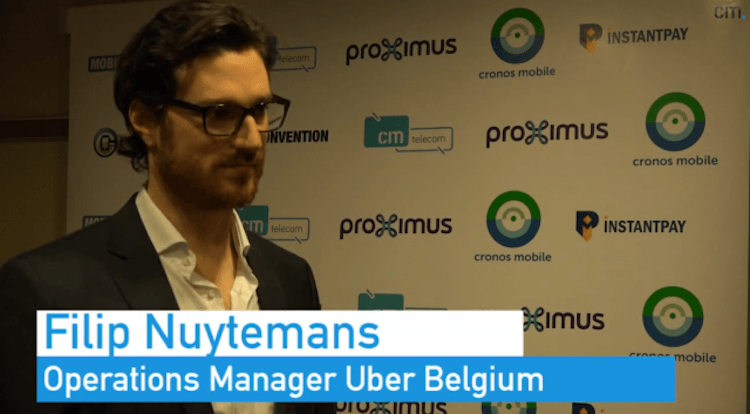 During Mobile Convention Brussels, which is organized by CM, Filip Nuytemans, operations manager of Uber Belgium took the stage and talked about launching in new cities.

When Uber was founded in 2009, new cities were added just a few times a year. Today, Uber connects new cities on a daily basis. Uber started in Brussels in March 2014, but there were a set of actions to do before the Brussels Launch. One of the most important parts, Filip Nuytemans say, is to understand how things are done local. '' You need to hire a local team that knows the culture of the city and that is able to explain the Uber platform and vision to drivers’.

Uber is much-discussed when it goes about their products. Uber offers the service UberBlack, the drive for customers with a professional licensed driver. Also part of the portfolio is UberPop, a way random people with cars can earn some extra cash after regular work hours. For example, if someone has a 9-to-5 Town Hall job, the person can use the privately owned car as an Uber taxi.  Opening the Uber app and verify yourself as the Uber driver is enough to get the second income started. UberPop has been controversial everywhere. In the Netherlands, drivers are deemed to be illegal because permits or licenses to offer paid car services lack. On December 8 the Trade and Industry Appeals Tribunal in The Hague rules out UberPop as a taxi service in the Netherlands.

Uber is not just a taxi driver service. In the United States it offers drugstore deliveries or delivers lunch packages for the ones who order with Uber Fresh.

The company predicts the use of API’s will grow exponentially in the future. In their own case Uber provides their API, which can be built into third-party apps. For example, airlines can connect to the Uber API which allows them to book taxis for their own passengers.
2015 will be the year of connections between other apps & API’S

Watch the full interview with:

Get in touch with us!