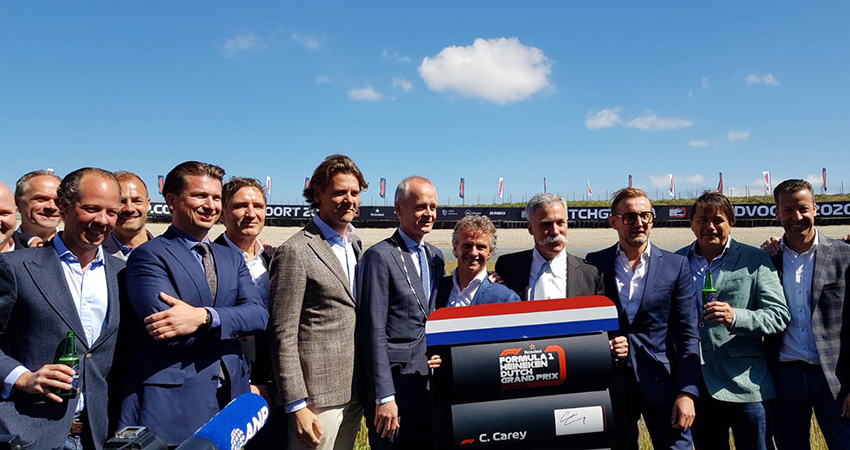 After the Olympic Games and the World Cup Football, Formula 1 is the largest international sporting event that a country can organize. On average, a Formula 1 race is viewed by 450 million people worldwide. According to experts, a Formula 1 race will generate approximately 35 million euros in advertising for the Netherlands. In the vicinity of the circuit, the race is expected to generate some 80 to 100 million euros in extra turnover per weekend.

CM.com will deploy its platform to optimize the fan experience. Fans can order and receive their tickets via their mobile phone, eliminating the need to print tickets. They can also receive relevant notifications about the race in the run-up, during and after the event. And they will be able to order and pay for drinks, food and other items. No more messing around with cash or vouchers, or waiting in long queues.

Jeroen van Glabbeek, CEO at CM.com says: “When the ambitious initiators behind the Dutch Grand Prix were looking for the most modern way to sell tickets, they approached CM.com. Because the CM.com team consists of true sports enthusiasts who love technology, the collaboration soon grew into a true partnership. CM.com is ready to add the power of Conversational Commerce to the international GP-public experience. Through Mobile Messaging and Payments, fans will be able to optimize their event experience using their mobile phones.”