Superprof connects teachers and students in the UK and worldwide thanks to SMS and WhatsApp Business. 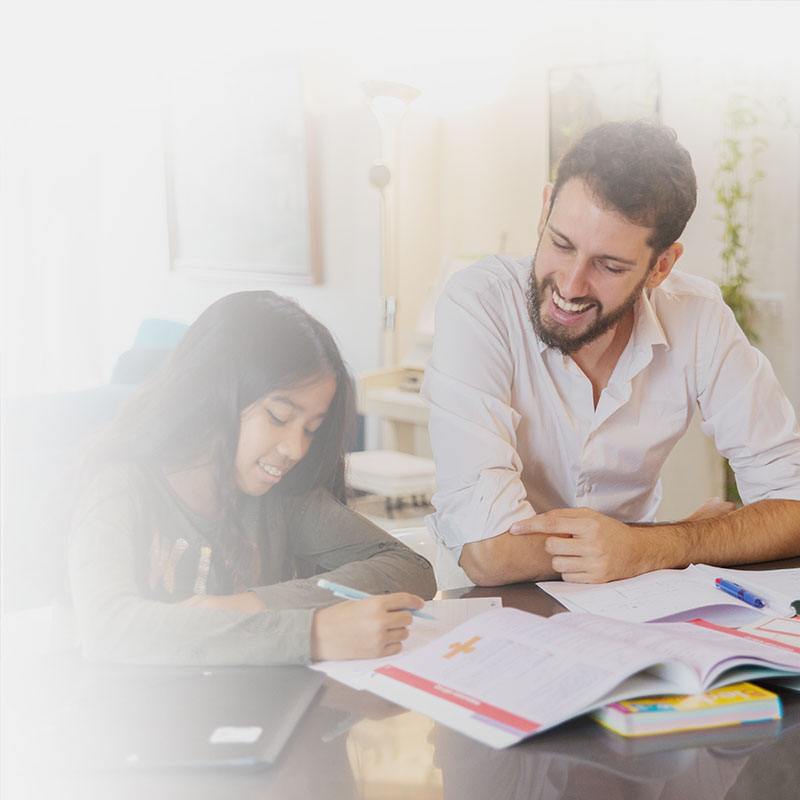 Created in 2013, the Superprof platform brings teachers, who want to share their knowledge, and students, who are eager to learn, together. From academics and sports to art and culinary, the search engine allows students to find teachers in a multitude of fields.

In this customer story Camille Lemardeley, Managing Director of Superprof, explains its wonderful educational project, international development, and the role of SMS and WhatsApp Business Platform in communicating with teachers and students.

Since its inception, the Superprof tutoring platform has experienced tremendous growth. It now has over 20 million teachers, who take advantage of the free platform to offer a vast choice of private lessons including maths, english, French, physical sciences and more. School subjects represent about 60% of the site's activity.

But Superprof is much more than tutoring. Beyond knowledge sharing, the platform also connects people with a passion for art, such as cooking, dance, drawing, music and even fire juggling classes. The options available are as varied as they are original.

"Our main mission is to connect students and teachers around the world and promote knowledge sharing." Camille Lemardeley, Managing Director of Superprof

9 years, 42 countries to its credit

Since the creation of the platform in France in 2013, Superprof's ambition was clear: to become the leading private tutoring platform in the world. Today, more than 20 million available teachers are spread across 42 countries worldwide, including the United Kingdom.

First launched in France, Belgium, and Switzerland, the platform quickly conquered several European countries such as United Kingdom, Spain and Italy, before launching in other regions of the world such as Brazil, where 80% of the population takes private lessons.

For a successful launch in a new country, one factor is essential, as Camille Lemardeley explains:

"When we launch in a new country, we recruit a native person in our Paris office to provide a 100% local platform."

International growth means international communication. All of Superprof's activities are managed from its Paris headquarters, from the translation of the website to the recruitment of teachers, including the writing of articles and advertisements to improve visibility. All this work is done by a multicultural team, composed of native speakers of all languages the platform operates in.

With more than 20 million teachers and a large number of students in 42 countries, it was also important to choose the right communication channels to facilitate exchanges between all users. Superprof was already using email to communicate with teachers, but needed a faster mobile channel with global reach to improve the effectiveness of notifications. That's where SMS came in.

SMS as an international notification solution

With its global reach and 98% open rate, SMS was an obvious choice for Superprof to communicate information to teachers and students. For example, it can be used to notify a teacher when a new student is interested in his or her classes, to request profile updates and more.

Superprof sends several million SMS messages every year around the world. Thanks to CM.com's API, the company benefits from direct and reliable connections with international operators. It can easily open new countries and analyse its traffic.

To implement this large-scale project, CM.com's teams had to work with operators in each country to declare Superprof's sender names and open traffic following local standards and restrictions.

In addition to deliverability, pricing, and direct connections to operators, Lemardeley adds that another key reason for choosing CM.com as their SMS provider was availability.

"CM.com's support service is extremely reactive and responds very quickly to any problem, 7 days a week. On the commercial side, if I ask for rates for a new country, I receive them within the day. The teams are very proactive in helping us and often exceed our expectations. Everything is going extremely well." Camille Lemardeley, Managing Director of Superprof

While SMS offers global reach and is compatible with all cell phones, other messaging channels can be beneficial in some countries. In India, Superprof is starting to use WhatsApp Business via CM.com's Business Messaging API, in addition to SMS. For now, the use case remains the same: notification.

If we take the example of India, we can see that sending messages via WhatsApp Business offers lower rates than SMS. By starting to communicate on this channel, Superprof aims to test its reach locally. With WhatsApp being extremely popular in India, its use could further reduce response times on the platform and streamline communication between Superprof, teachers and students.

In the future, if the use of WhatsApp Business in India meets its expectations, Superprof would like to implement it in other countries, and go further by testing the enriched features of this messaging channel:

"For example, we would like to try sharing visual lesson previews with students via WhatsApp." Camille Lemardeley, Managing Director of Superprof

An innovative and promising future

To further develop its project and improve communication with teachers and students, Superprof plans to take advantage of CM.com's many solutions. Just like WhatsApp in India, the company is also considering offering Viber in Eastern Europe via the unique Business Messaging API, to take advantage of the channel's popularity. The conversational dimension of mobile messaging channels is also a real advantage compared to SMS. An interesting avenue for the Superprof sales team to explore.

In order to offer a 100% mobile customer experience and test new student acquisition strategies, the integration of online payment links in SMS could also be one of the next steps in the partnership between Superprof and CM.com.

"I am very satisfied with the Superprof x CM.com adventure. The quality of the relationship with the sales and technical teams is exceptional. We are very happy to work with CM.com. " Camille Lemardeley, Managing Director of Superprof