NAC Breda and CM.com optimize the platform for the sports market to interact with supporters and business relations. 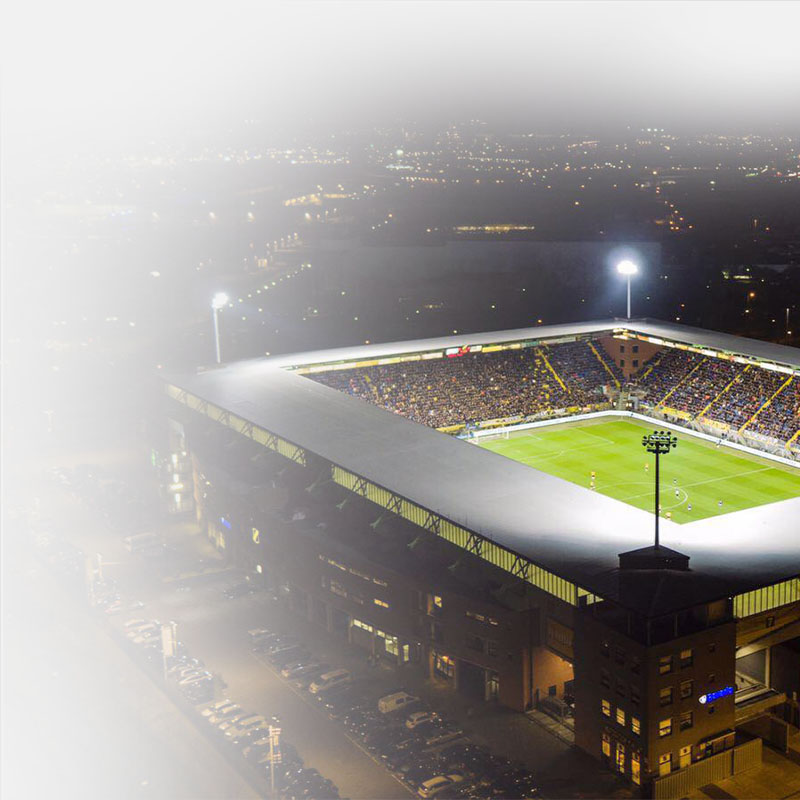 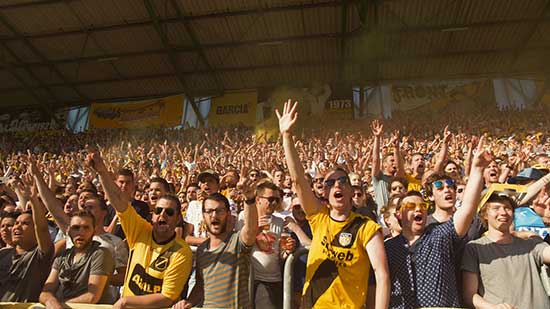 NAC Breda has been using the CM.com platform for years to interact with supporters and business relations. Co-creation allowed NAC Breda and CM.com to optimize the platform for the sports market. We spoke to Eric Matijsen, commercial manager of NAC Breda, about the various applications to improve the fan relationship: "To better serve our fans and business supporters and to reward loyalty, you need to know who they are. That way you can approach everyone more effectively."

1. Personal Attention Thanks to Mobile

In this mobile first world, one-on-one interactions and transactions via mobile are the key to lasting fan relationships. NAC Breda uses mobile, including Voice, to increase involvement. Eric: "At the end of the 2016-2017 season for example, our season ticket holders received a personal voice message from player Manu Garcia, the hero of the club. He told the news that he had extended his contract by a year. The voice message was send out to inform the most loyal group of supporters. This was in the extension period, so it was a great way for us to reward these supporters." The call was followed by an SMS, with a link to a page for extending the season ticket.

Eric: "Supporters can pay their NAC Breda season ticket in installments." If the season ticket holder does not pay one of the terms, he will receive an SMS with the request to pay. This text message contains a link with which he can complete the payment directly. If the supporter meets the overdue payment, the season ticket is not blocked." These operations are fully automated thanks to AutoCollect, which saves staff costs."

Since 2015 CM.com is the main sponsor of NAC Breda. The collaboration between CM.com and NAC Breda, with the help of the latest technologies, makes the experience at NAC Breda easier and more modern.

All entrance possibilities and online sales are developed and provided in cooperation with CM.com. All these forms of ticketing have been developed in co-creation between NAC Breda and CM.com. This means that various products can instantly be implemented by other football clubs or sports organizations that want to offer the same opportunities.

The CM.com technology is built in such a way that NAC Breda's supporters experience as few obstacles as possible. In one or two clicks the supporter must be able to buy a season ticket, match ticket or the right size shirt. "This reduces dropout in the buying process and increases revenue and customer loyalty with our fans and supporters."

An example of convenience is the Guest Manager. With the CM.com Guest Manager, the sponsors of NAC Breda invite their relationships digitally, personally and possibly last-minute to their own skybox. The Guest Manager can be managed by the sponsor himself. "There are no more hard copy tickets that are being handed out and picked up, but there is a digital ticket with a personal QR code." This ticket is sent to the attendee in time by e-mail. As an extra service, he receives an SMS a day before the match with the ticket, a preview and the route directions. "Only bringing your phone with you is therefore sufficient. This hospitality service is highly appreciated by our business relations. "

With the collected data from tickets and merchandise sales, NAC Breda gets to know its fans and supporters better. Eric: "In the past we had broad marketing campaigns, but that does not necessarily mean that you reach the right target group. By segmenting and choosing the target group beforehand, you can set up much more targeted marketing campaigns."

The action, the message and the marketing channel is aligned with the chosen group by NAC Breda. With the use of data NAC Breda shows that it knows the supporters and thinks of them. "The relationship you create by doing this is like gold for a club." 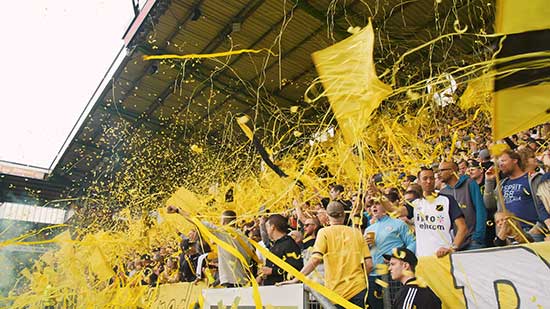 NAC Breda - also called 'Pearl of the South' - is a Dutch premier league club with a strong supporters group.

NAC Breda is the largest business club in West-Brabant and Zeeland, so that in addition to football, the business platform also plays an important role for the club. In addition, the club is committed to various social activities, such as Playing for Success Breda and Niemand Buitenspel.

4. Full Stadium at All Times

Through co-creation between NAC Breda and CM.com "Ticketing can easily be managed alongside the other activities". This makes the CM.com platform fully optimized for the football and sports market. The activation of the main sponsorship of CM.com for NAC Breda can, according to Eric, "really not be better".

In the future, more is possibly to come from this collaboration. Think of mobile payment in the food and beverages industry, or mobile in-seat ordering, allowing VIPS to order drink and snacks of their choice from their seats. Eventually everything comes together in 1 app in the CM.com platform; ticketing, catering and merchandise. The experimental ground created for NAC Breda is used to continue building at CM.com.

To show you how to use our products to create a top-notch fan experience before, during, and after a visit, we've created an infographic. Download it for free and discover it yourself!