The lively cultural village in the heart of Amsterdam uses technology to augment their visitors’ experience. 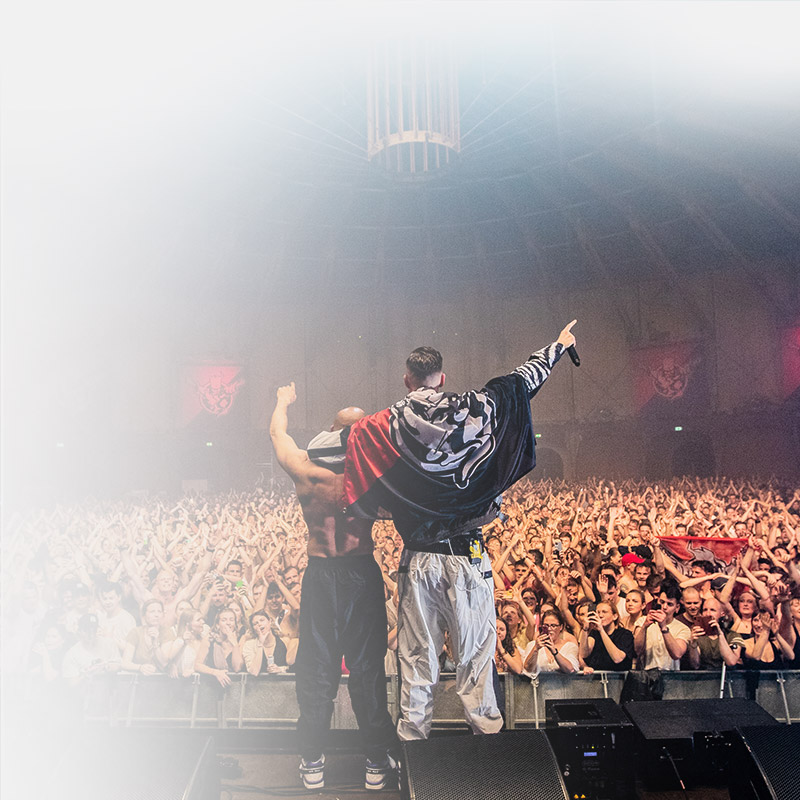 Originally built in 1880 as a gas factory, Westergas was transformed over the years into a lively cultural village. This began to take shape when adventurous entrepreneurs and artists discovered these unique buildings as home bases for their businesses in the early 1990s. In the following ye﻿ars, the historic site was renovated, but the buildings never lost their industrial character, which is the recognition of this vibrant place in the heart of Amsterdam. Today, the Westergas is known as a colorful meeting point for everyone, offering a variety of places, including bars, galleries, a theater, TV studios, and more.

Organizing Their Own Events

One of the most iconic buildings on site, The Gashouder, is rented by many festivals, concerts, and events, such as The Edisons (Dutch pop awards) and Awakenings (dance event). But this year, Westergas also decided to promote their own events.

One of the main reasons is that looking into the future, Westergas has a strong mission for its social responsibility. They want event programming to be diverse and future-proof. Dave van Dalen, Commercial Manager, explains,

“Organizing our own events means we have a unique opportunity but also a big responsibility. We need to ensure that Westergas stays a place where creativity, diversity, and freedom are celebrated.”

So with Westergas starting to host their own events, they also needed a reliable ticketing partner. More importantly, they needed software to reach their audience directly with promotions for their upcoming events, especially since they didn't want to be completely dependent on third parties. However, due to the original rental nature, they did not yet have a customer base. With the Customer Data Platform (CDP), Westergas is now able to collect its fans' data from various sources (e.g., ticket sales), build a solid fan base, and effectively reach them through their preferred channel (e.g., SMS, WhatsApp, or email).

The CDP allows Westergas to create fan profiles based on the preferences and behaviors of their visitors, such as their favorite artists, concerts they have attended, and more. This allows them to create personalized experiences. Dave is excited about the new possibilities:

"With CM.com, we can get to know our visitors on a personal level and serve them the information they are looking for."

Personalized information can take many forms, for example, new programming sent to people who have shown previous interest in that artist, Friends & Family discounts, or practical information about a concert for visitors who have purchased tickets for that day. This prevents chaos upon arrival, which has a positive effect on the visitor experience but is also beneficial for Westergas itself.

By reinventing the mobile visitor experience, Westergas is a leader in a relatively traditional area of the leisure industry. Westergas understands that especially to attract younger, mobile-focused generations, you need to innovate and digitize continuously. Tom de Louw, Partnership Manager, believes that the digital journey will become increasingly important for visitors to stay future-proof. "We embrace technology and are constantly looking for ways to improve the live experience for our visitors. By weaving together interaction before, during, and after an event, we can create the perfect customer experience."

Westergas has ambitious goals but is not a tech company. They don't have an in-house developer to write software, so they partnered with CM.com. As a tech partner for other large-scale events, CM was a reliable option for Westergas, and Tom talks enthusiastically about their partnership,

"Our contacts at CM.com are there to help create the ultimate experience by giving advice based on their learnings, guiding us through the platform, and being there for questions."

Furthermore, because CM.com provides one platform for all the products Ticketing, CDP, Messaging Channels, Cash Register) needed, Westergas no longer has to switch between different systems, allowing them to work efficiently, save time and focus on upcoming top-notch events.

One of the first events organized by Westergas was a concert series by The Opposites. This Dutch rap duo retired in 2014 but made a comeback in May 2022.

The concert series was popular; 10,000 tickets were sold for three concerts. However, the interest was almost triple that amount, measurable due to pre-registration.

During the series, SMS campaigns were launched, a customized ticket shop was set up, and with a voice campaign, the duo hyped their fans. This buzz contributed to an ultimate (mobile) fan experience. Curious? Click on the button below!

(Note: the DEMO is in Dutch)